The workshop today was called ‘Brainstorm in a Box’ the idea of the workshop was to get us as group to generate ideas around the brief. Yesterday the briefs were released to us, I read through all the options and shortlisted my top three. When it came time to signup for the briefs I was lucky enough to get one of my top three ‘One Paw at a Time…’. The people in my group are Ellie, Daisy, Gia, Joe and Siwen.

To begin with we were asked to create statements using How might we persuade… [who] to do… [what]? Below is what we came up with: 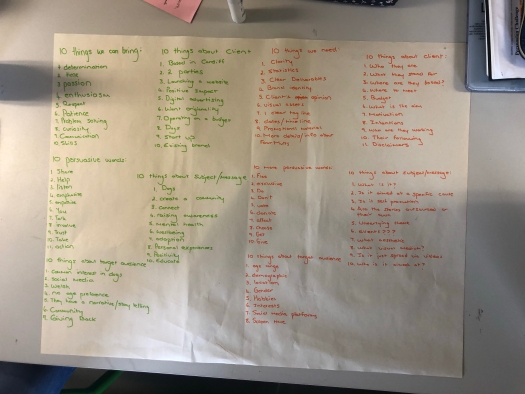 This part of the workshop enabled us to have a clear idea about the questions which we need to ask the client when we meet to get a better understand of their needs.

Next, we were asked to come up with wild, safe and bad ideas. This task, called idea storming, was really about just getting our ideas down on paper, getting every idea good or bad down on paper for everyone to see. We were asked to give positive feedback on every idea that was proposed. Below is what we came up: (Green showing the idea/Orange for the feedback.) 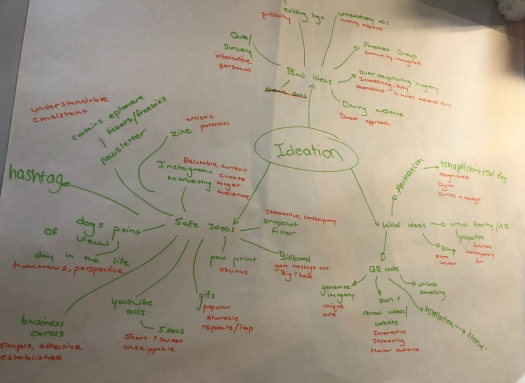 After lunch, we were asked to take one idea, visual show how it might work and pitch it to the group. We took forward the QR code idea, one of our wild idea, as we thought that this would be an interesting idea to pitch to the group. 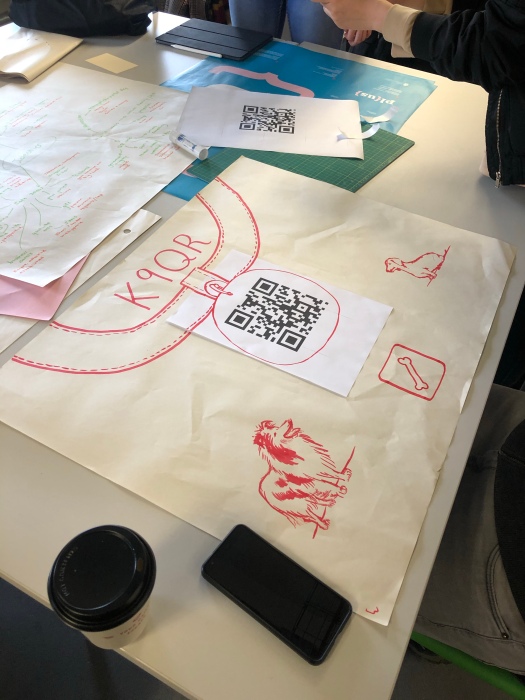 The name proposed for the concept was K9QR, essentially the idea was that we’d place cardboard/plastic cut out of dogs around places, with the QR code one their tag. This would intrigue people as to what these dogs were about promoting people to scan the QR with would direct you to a video made by the client, FourMuttsTV. This engages more people with their content, even everyday members of the public would be intrigued with this idea drawing them in. This interactive element we thought would increase the amount of people engaging with the content. We all contributed to the outcome which was amazing, we were all really engaged and passion about the brief.