Following the tutorial I went onto develop the intro and Outro for the video. I took the first intro alongside the third outro ideas and put them together all in one. Overall this seemed to work much better and I thought was in terms of aesthetics and communicating to the audience. I also had the idea of linking the colour coding system from the social media post to the videos for example if the video was about an event they had covered then the end colour would be yellow.

In terms of social media development as my feedback from the group was clear that the colour coding concept worked well and I need to work on this idea. I decided to move forward and develop the social media posts to the correct size on Illustrator. 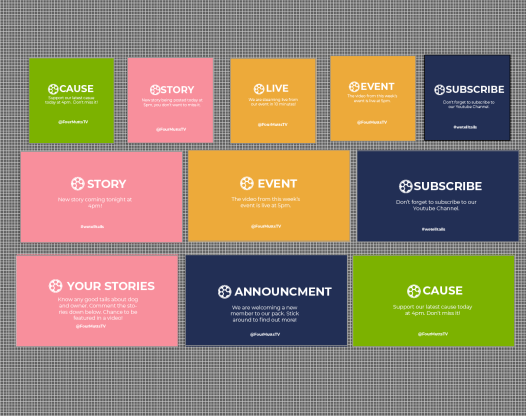 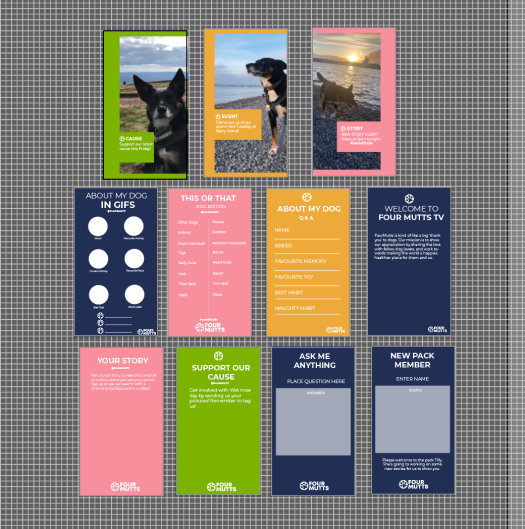 I have developed the interactive side of the branding rather than anything else, I felt the feedback on the aesthetic was really positive and didn’t need developing much. Keeping in theme of the colour coding I developed some interactive elements such as Instagram stories, to work alongside this colour coding system, like reminders for videos going live. 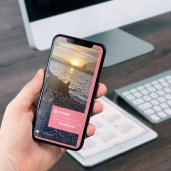 I also incorporated the navy into the design as this is one of their main colours, the blue would be like an all around colour one for announcements or just general stuff including backgrounds for instagram story content. I also thought that by doing things like Q&A it would allow Jennifer to maybe find new stories out there to share with the world, while also getting her audience talking about the brand. 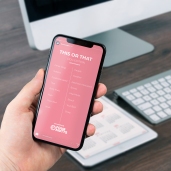 Furthermore I also developed some initial GIF ideas that could be used. These could be used by the viewers in their posts which would be viewed by their network therefore the brand would reach a wider audience. These I created on photoshop and simply by taking elements of their brand identity and animating it into a logo. I also took the hashtag that we’d be provided and adapted that to create a GIF/sticker.